Bernie and Phyls furniture have tried gimmicks to get you to buy their furniture before. They have promised if the Red Sox win the world series they would pay you back for all that furniture you purchased from them. The latest?

​Seems simple. Seems rational. It even seems to be promoting a good cause... getting out to vote!

What percentage of the US population do you think will turn out to vote this year? What guided your estimate?


There is not yet an answer for this question, so you may have to do some mathematical estimation (how many older individuals are in the US that most likely will not vote? how many 18-25 years old don't vote? and see what percentage this excludes.

Below is a graph of voter turn out over time 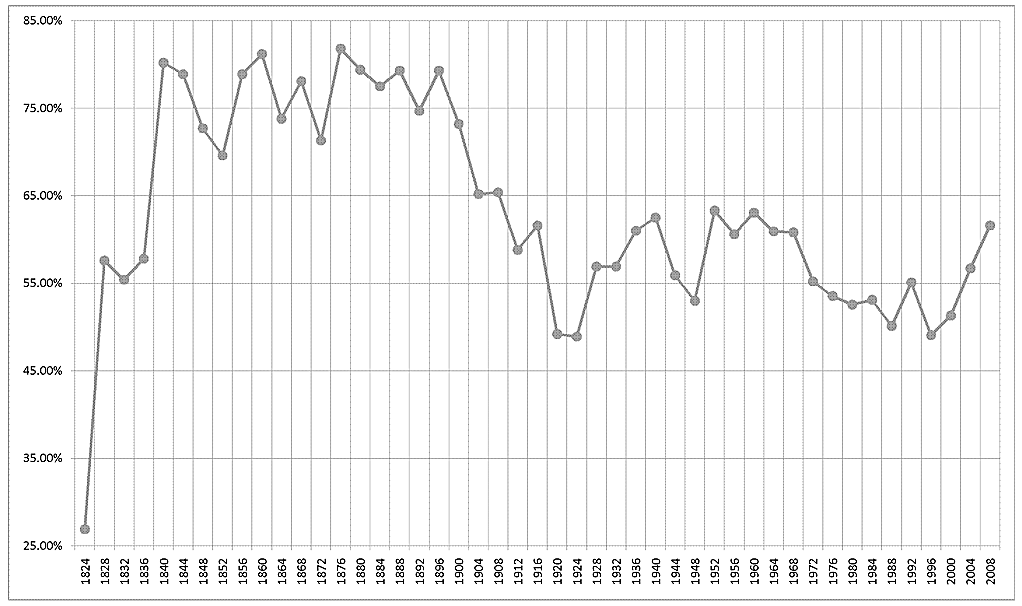 What do you notice?

What do you wonder?

Will voter turn out be above 75%

If yes, are you satisfied?

If no, are you mad? What would be a more attainable percentage?